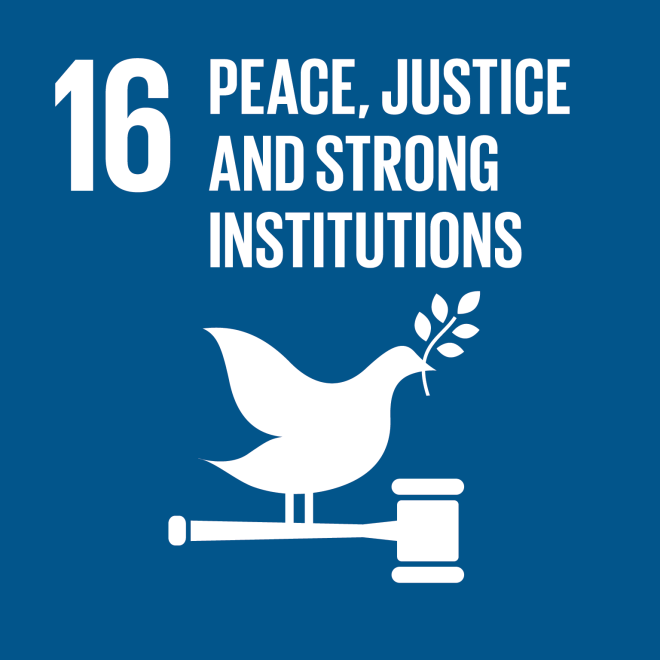 As you probably already know, this is a cause very close to my heart.  Lack of justice is such a major problem in our world.  Most people in developing countries have no hope of the law/justice system fighting for them or protecting them.  The systems are full of bribery and corruption which leaves so many people living in fear rather than hope.  It also means that the same poor people are constantly vulnerable and living with violence.  It boxes people in with no chance of making a better life for themselves.

For this kind of corruption to be eradicated then change needs to come from the top and work down which is one way in which the UN is seeking to bring about positive change to create strong institutions.

1. Significantly reduce all forms of violence and related death rates everywhere
2. End abuse, exploitation, trafficking and all forms of violence against and torture of children
3. Promote the rule of law at the national and international levels and ensure equal access to justice for all
4. By 2030, significantly reduce illicit financial and arms flows, strengthen the recovery and return of stolen assets and combat all forms of organized crime
5. Substantially reduce corruption and bribery in all their forms
6. Develop effective, accountable and transparent institutions at all levels
7. Ensure responsive, inclusive, participatory and representative decision-making at all levels
8. Broaden and strengthen the participation of developing countries in the institutions of global governance
9. By 2030, provide legal identity for all, including birth registration
10. Ensure public access to information and protect fundamental freedoms, in accordance with national legislation and international agreements
11. Strengthen relevant national institutions, including through international cooperation, for building capacity at all levels, in particular in developing countries, to prevent violence and combat terrorism and crime
12. Promote and enforce non-discriminatory laws and policies for sustainable development