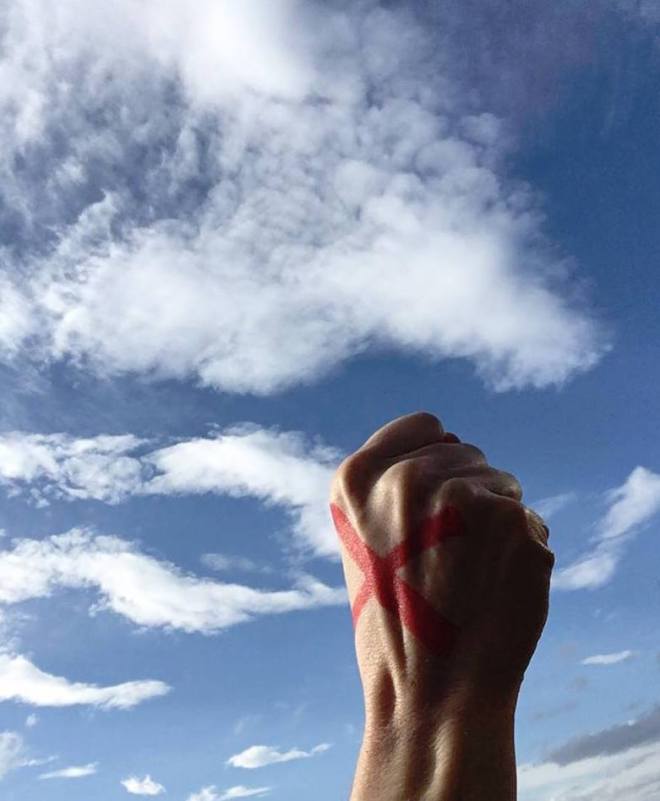 Will You Raise Your Hand With Me?

Today is Shine A Light On Slavery Day 2018 and this will be its sixth year of standing up for modern day slavery.  This day was started by the End It Movement in 2012 which is a coalition of 16 charities and NGOs all determined to bring an end to modern slavery.  Each of these organisations are doing incredible work to finally bring an end to the modern day slave trade. 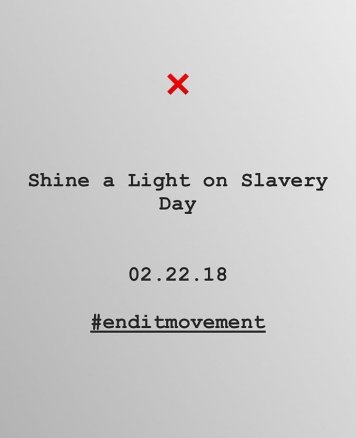 To mark the day End It Movement ask you to mark your hand with a red cross and share it on social media with the hashtag #ENDITMOVEMENT to raise awareness for the millions and millions of children, men and women who are living bonded in slavery.  There are more than 40 million slaves in our world today which is more than ever before in history.  Year upon year this movement unites people from all walks of life and ignites a sense of passion to stand together to fight this problem and not to turn away.  In 2016 almost 150 million people joined in with this campaign on social media.  Lets make that number rise this year and all join in to be shining that light tomorrow.  Not just in order to raise awareness for these people living in chains, but to also show international government bodies that we believe in stronger social and justice infrastructures to enforce the end of slavery.  Slavery is against the law everywhere yet it is thriving everywhere.

Will you raise your hand with me today by drawing a red cross on your hand, taking a photo and sharing it on social media with the hashtag #ENDITMOVEMENT ?

If you go to the End It Movement website then you can also create your own poster, print it off and stick it in your window or you car.  Let us not turn a blind eye, let us not to too busy other things, let us fight.  Fight together, fight united and run this race. 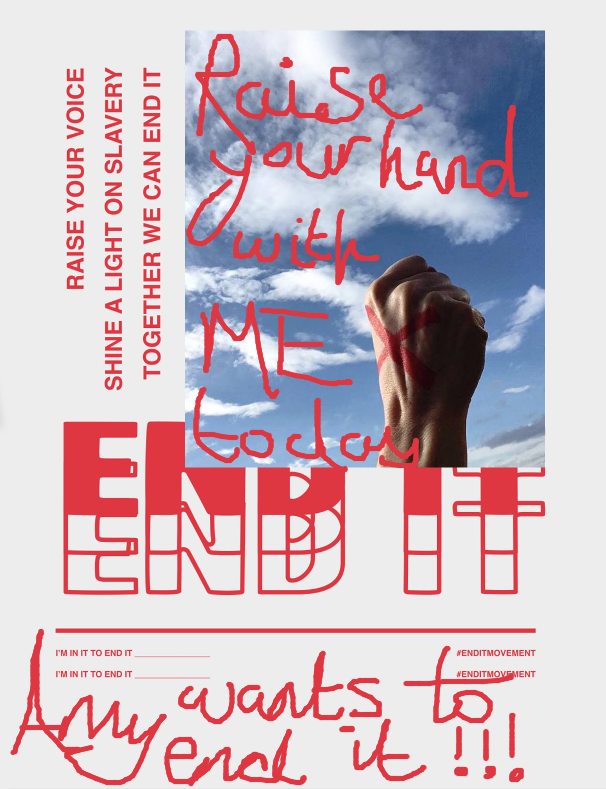