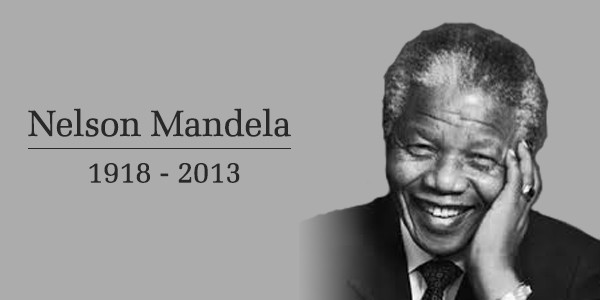 Never before have I felt nervous about sitting down to write a blog but having tasked myself with writing about Nelson Mandela today, I am feeling the pressure.  How does someone who has done so little to improve the face of the human rights movement write about one of the most famous and revered public figures the world has ever known?  I will do my best but please believe me, it is done with humility and deference.

I was too little when Nelson Mandela was released from Robben Island to understand what had come before me or to know anything about apartheid or racial strife, but I do remember very clearly the eruption of joy and happiness that came along with his freedom.  I remember his release being publicised on the news and my parents trying to explain to me why it was such a wonderful event.  However, the world of a 7 year old is such a simple and innocent place and I was just completely confused about why he had been put in prison in the first place, when he was clearly such a good and inspirational man.  Yet now looking back, I realise that my childish response to the situation was in fact how many grown ups also felt.  How could such a noble and peaceful man, living alone for the freedom and inclusion of all, be locked up for a life time?  To this day, whether you are young or old, it makes no sense. 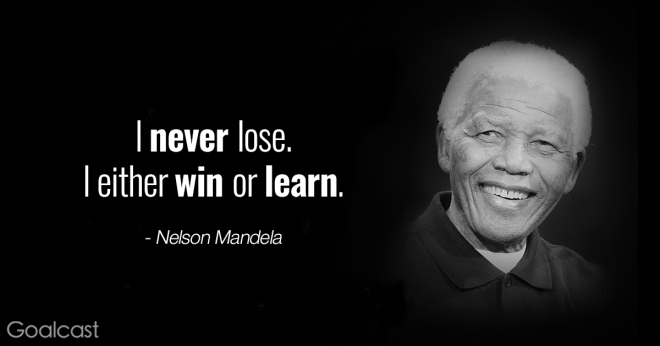 Nelson Mandela’s imprisonment was an act that was meant to silence him and also the ANC (African National Congress), a party that fought for the rights of the black South Africans.  However, rather than silencing them, they put them on the map.  The laws of apartheid was something the world noticed and it responded.  South Africa was banned from joining in the 1964 Olympic games and in 1970 South African rugby and cricket players were not allowed to play in test matches.  Stars such as Dusty Springfield refused to sing for segregated audiences and for Nelson’s 70th birthday a birthday music concert was put on for him by some of the greatest and most famous musicians and televised.  It was the mounting pressure from the world that finally brought the South African government into the talks that brought about Nelson’s release.  The man that they wished to silence, the man they had hoped would just disappear from public view,  had in fact become an international figure of peace and hope.

From a young age Mandela wanted to make a difference to the lives of his countrymen.  Learning about his cultural heritage from his tribes regency, he developed a desire to see his people set free.  Whilst he ended up in jail for 27 years later on in his life, his early adulthood was scattered with arrests for his activism yet not one of these arrests or trials thwarted him, if anything they just seemed to make him stronger.  However, Nelson Mandela’s future was sealed by the Rivonia Trial, which saw him and many others sentenced to 27 years in prison on Robben Island, just for leaving the country without permission.  You can see just from the charge and the disproportionate prison sentence what a huge threat he posed to the government.  This in many ways was his most historic moment due to the freedom speech he gave at his trial, stating that he would die for the ideals he lived by.  Yet for me, what I am most struck by when reading and learning about Nelson, is not just his power as a leader but his sheer determination to never give up, to never settle, to never accept anything less than the ideals he stood by.  Throughout his entire life he fought for what he believed to be right and he never seemed to sway under pressure.  Even as a young man, after being sent home from university for refusing to join the student council, the chief of his families tribe insisted that Nelson return and submit or get married.  Nelson would not accept this fate for himself and so escaped to Johannesburg where he trained to become a lawyer and became an active and integral part of the ANC.  He carved his own path and future and he did it with other peoples best interests always at the forefront of his actions.  Even in prison on Robben Island he led protests about the poor prison conditions.  Many of us would give up under such circumstances yet he persevered, even during devastating times such as when his mother and eldest son died and he was refused permission to attend their funerals.  In spite of everything he continued to educate himself and the prisoners around him, as he urged them to learn about the Afrikaans.  Despite them being his oppressor he wanted to understand them and their reasons for acting the they did to the black South Africans. 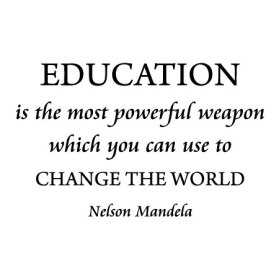 I visited Johannesburg a number of years ago and to this day it was one of the most overwhelming experiences of my life.  To be taken around the city and be taught about the horrors of apartheid and the ways in which it was enforced on the streets each day was revelatory yet humbling in a way I have never experienced before.  To me The Apartheid Museum should be on everyones “bucket list” as it is a truly once in a life time opportunity to really try and understand South Africa’s history of segregation and oppression.  Like many tourists I took a tour of the city, visiting Mandela’s homes and places of work, trying to breath in a sense of who this man was and what his life might have looked like.  As I stood in The Apartheid Museum in front of the replica of Robben Island solitary confinement prison cells I felt complete shock and experienced sheer nausea and discomfort.  To have lived like that for 27 years, between a small and unfurnished cell and solitary confinement, was beyond my imaginings.  Not only that but during his time in prison, whilst living every day in that cell, Mandela had refused three separate offers of conditional release.  Such a sacrifice meant that his eventual release impacted the world in a far greater and more powerful way than if he had made a “deal” and slipped out quietly. 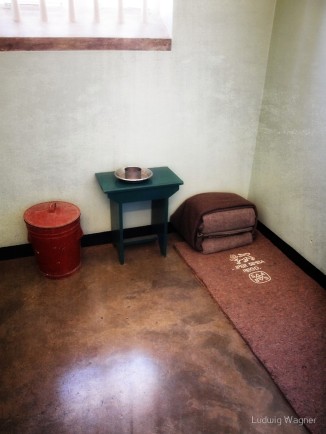 How Mandela’s cell would have looked

The fact is that none of us can ever imagine what it must have been like to live in South Africa under such regimes but we can educate ourselves on the facts and the history and stand humbled before the great acts of a man like Nelson Mandela, who managed, through his persistence and his unswerving ideals, to free a country from one of the great oppressions our world has witnessed.

“During my lifetime I have dedicated myself to this struggle of the African people. I have fought against white domination, and I have fought against black domination. I have cherished the ideal of a democratic and free society in which all persons live together in harmony and with equal opportunities. It is an ideal which I hope to live for and to achieve. But if needs be, it is an ideal for which I am prepared to die.”