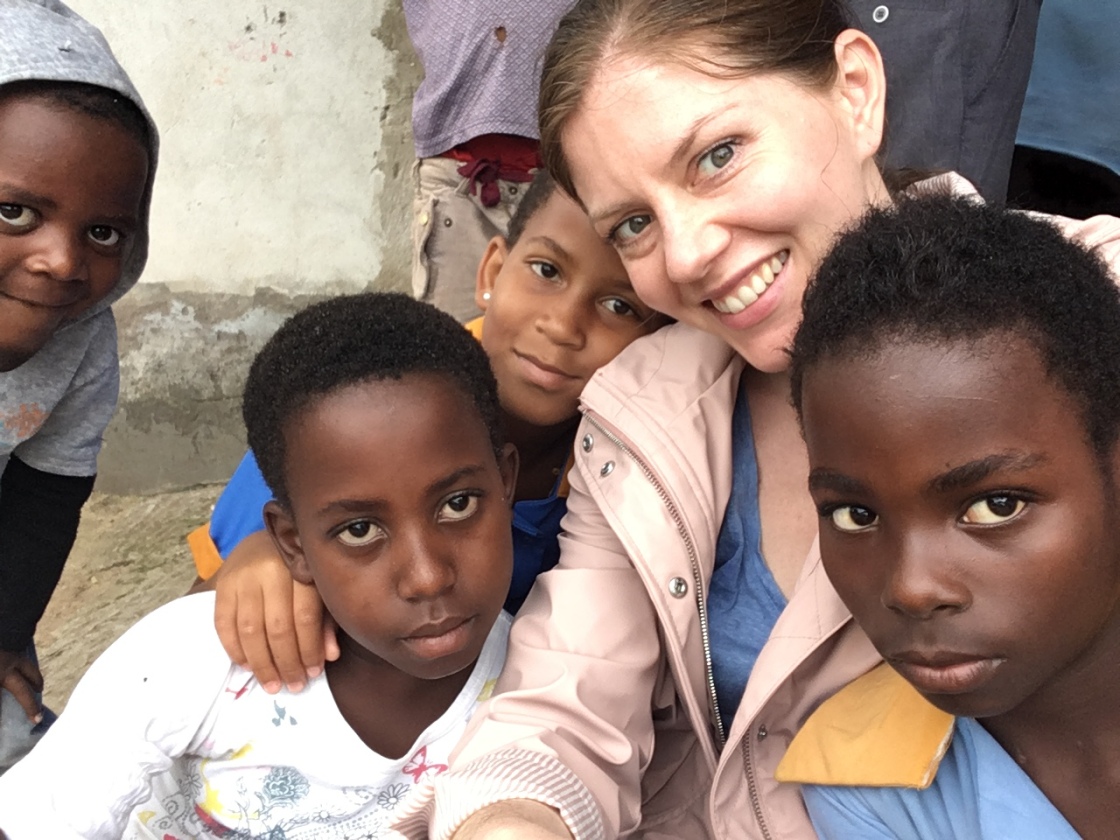 So How Did It Actually Feel? South Africa Part 2

So what happened to us when we were in South Africa? How did we feel, how were we challenged and how were we changed? Honestly, I’m still trying to figure a lot of this out but I think I can begin by sharing some of the stories we have come away with and the personal experiences we had.

On the face of it, the children at the Care Points and the community we visited seemed happy and care free. The Care Point was located in the grounds of a church and they would come flocking in after school each day, looking to play and have fun with us. They wanted to be with us straight away and they seemed to find it easy to make attachments quickly. We were the ones being challenged by their abundant love and openness to us, rather than the other way round. Not because we did not feel abundant love for these children but because they expressed it so differently to us and it was wonderful to feel so utterly accepted by them. Hand holding is a common expression of friendship in Africa, amongst both adults and children, and so children we’d never even met before wanted to hold our hands and cuddle us straight off. They were fascinated by our silky hair and the girls promptly sat us down to braid it for us. Even many boys came over to stroke my head and plait it a little. Our arm hair equally held the utmost fascination and it was not unusual to have three or four children stood around us stroking our arms and giggling at the peculiarity of it. By the end of our first day they spoke words of love to us and of life long friendships with us.

I was blown away by this ease they had for love and affection and wondered how it came so naturally and easily to them when it doesn’t to people in our culture. That is until later that first morning when I met Charlotte*.

Charlotte is 10 years old and as one of the older children she arrived for lunch after the younger ones. I had already been given fifteen different braided hairstyles by a beautiful little girl called Poppy* and she was in the midst of yet another new updo when Charlotte arrived. Charlotte stood back and just watched us for a while. She was not smiling and she did not have the same ease about her as the other children I had so far met. After a while she came over and started to stroke my hair and then took over the “free” side of my head and begin her own hair style. Poppy, maybe deferring to an older girl, quietly slipped away to play with someone else. Poppy was kind and quiet, a smile always on her face and her words always never much more than a whisper. She was just happy to be in your presence and she was a firm favourite of our team.

Charlotte now took full control of my head and shortly thereafter I had a set of lopsided pigtails! She then led me by the hand to the tyres the kids played on and she sat my down on-top of one. She then promptly sat down on my lap. The tyre quickly sunk beneath our weight and my bottom was just hovering above the ground, but she barely noticed. She looped her arm around my neck and began to chat to me.

One of my nieces is 10 years old and she is easily just as tall as Charlotte yet it has been a while since she sat on my knee. Not that we don’t have cuddles anymore, but she would now normally choose to snuggle up next to me. Having the weight of a 10 year old on your lap is an unexpected thing and my initial reaction was “hey, surely you’re too big for this”. But as I sat with my arms around her and her arms coiled round my neck it dawned on me that this wasn’t something she ever gets to do and possibly never has.

A deep hole of sadness entered my heart that morning as we sat together on that tyre, but it was not all sadness. As she became more comfortable and started to smile more she showed me her school work and proudly presented me with all her good grades. For the children school was incredibly important and all the children we met seemed to take their work and their grades seriously. Education is their way out of poverty and from a young age they seem to recognise this and embrace it.

Rob saw us sat together and so came to sit with us too and she excitedly showed him her work as well. She read out stories to us and then quizzed us with questions, marking our answers based on the ones she had written down in her book. Rob tried to joke around with her, pretending to get the wrong answers but she struggled somewhat with his lack of seriousness and again I was struck by the fact that she didn’t understand his joviality and I wondered if being carefree is something that she just isn’t used to. She then showed us a song she had written and later on in the day taught another member of our team how to sing it; she’d even made up a tune to go with it. “I Never Let You Go” was it’s title and it was truly beautiful.

The next day she was once more quiet and retiring and kept herself back in the corners and so I sought her out. We had paper and felt tips out for all the kids and they just went mental with the excitement of it! Everyone was drawing pictures for each other and it was full of happiness and joy. I went to sit with Charlotte and seeing as I also love to draw I made her a card and wrote a message inside for her. Her face literally lit up when I gave it to her and she excitedly made a card for me too. Inside she wrote that she loved me and that she wished I could be her mum. She said she wished we would be friends forever and that I didn’t have to go home.

Once more that hole in my heart widened. I had met and played with so many children but had not yet had a true peak into their lives and Charlotte’s card said so much about what she did not have in her life. Soon after she retreated into herself once more and went off to be by herself and this time Rob sought her out. He said his one goal that day was to make her smile. As Rob gave her his time and attention they chatted and she showed him another song she had written, similar to the one she showed us before. This song refers to her mum as her “hero” and she explained to Rob that she didn’t have a mum anymore. Her song “I Never Let You Go” is her talking about her mum. Rob was deeply effected that day by Charlotte, as I had been, and so he beckoned me over to join them. As we sat once again looking at her work another girl I had made friends with came over and gave me a note asking if I could visit her home. Charlotte saw this and immediately snatched the card she’d given me away and hid her face from me. I had to plead with her to let me have it, reassuring her how special and beautiful it was to me. Eventually she gave it back but she was clearly bruised by the idea that someone else might hold my affection too.

Charlotte was a deep mixture of quiet and retiring, clearly very intelligent but also very feisty, as was her little sister. They both had big smiles and big hearts but they easily angered, particularly the younger sister. The following day Rob spent more time again with Charlotte and this time she wrote him a card and said that he reminded her of her dad, who died when Charlotte was just 7. These two young girls had the weight of the world on their shoulders. With just a grandmother to support them who had to travel many miles each day to try and work, the girls were responsible for much, particularly Charlotte who had a little sister to take care of. I began to understand their anger, not just because they are angry and sad because of their loss, but also because they don’t have those key role models to help teach them and show them how to manage their emotions and their troubles.

That first day was the hardest for me. We got back to the hub where we were staying and had a debriefing that night with our team about how we’d found the day. I was a mess of tears, upset by what I’d seen and panicked by how little time we had to make a difference. The time issue really stressed me as I could see how quickly our time would pass and I didn’t believe I could do much in that time. But I realised as the week went on that the importance of our volunteering was to show these children just how loved they are and one way of me doing this was to keep the card making and message writing up so that those children had tangible evidence to take home with them that they are important and their lives matter. I also took away with me the importance of sharing their stories with you and trying to give other people a heart for these beautiful children. This will mean your own heart having to break a little, but it’s from that break that your love will flow out.

When we left Charlotte was quiet and aloof. She tried to slip away before we had finished saying goodbye and I called out to her that I wanted a hug and picture with her. She smiled and paused by when I turned to go to her she had once more slipped away. I called after her but she pretended not to hear. I could have run after her to give her that final hug but I respected how she wanted to say goodbye. After losing so many people in her life another goodbye probably wasn’t something she could face. So I just had to watch her go as she and her sister wondered down the road together.

I cannot encourage you enough to visit http://www.handsatwork.org and find out how you can support the work they are doing.