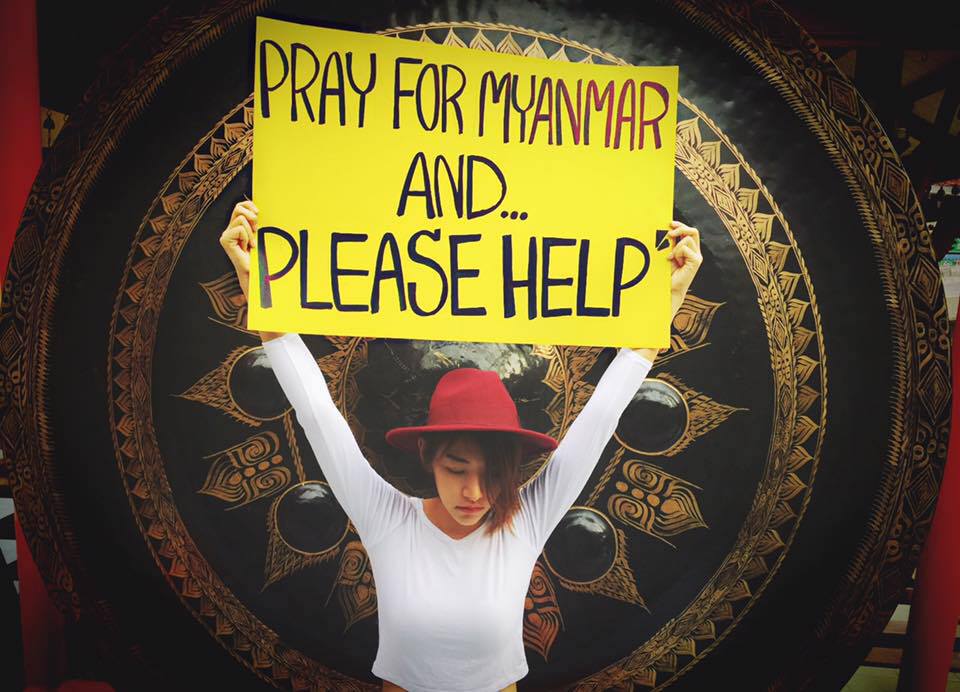 Why Myanmar Needs Our Help

The Rohingya people of Myanmar desperately need support and help as they are brutally evicted from their home country and pushed into the arms of neighbouring Bangladesh.  More than 600,000 people have fled across the border to Bangladesh since 25th August in search of help and safety.

Although they are not the first of the Rohingya people to flee the Rakhine state in Myanmar for Bangladesh, as thousands have already been travelling there, by any means possible, since 2012.  They are arriving hungry and thirsty with only the clothes on their backs, with horrific tales of war crimes, persecution and violence.

On 25th August this year Rohingya militants, know as the Arakan Rohingya Salvation Army, rose up and attacked police posts in Myanmar and killed 12 officers.  This insurgence set off a brutal and unparalleled counter-attack from the Myanmar Military, which has included the rounding up of both men and women, killing the men and raping the women.  Rape is not just being carried out on the women but on young girls as well.  More than half of the females being treated for rape are under 18, and a large portion of these girls are under the age 10.  Whilst the military claim this to be a defence from the insurgent uprising the systematic way in which they are carrying out their attacks suggests clear premeditated planning.  To read more about what is happening to these girls and women visit The Guardian website.

The Myanmar military operation (actively supported by mobs of Buddhist Myanmar people) is carrying out these heinous attacks and then burning the Rohingya’s homes, farms and crops, making it impossible for the the Rohingya people refugees to return. 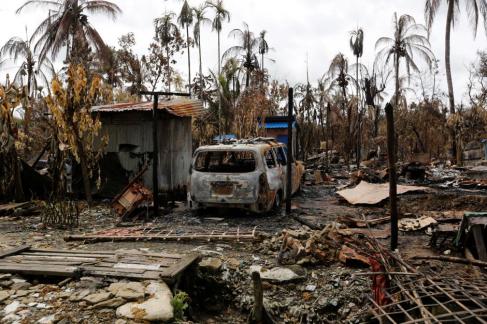 The UN, supporting NGOS and charities, and reporters alike have all concluded that this is an act of “textbook” ethnic cleansing.  The Rohingya population, as Muslims believers, have never been allowed citizenship in Myanmar just because they are not Buddhists and instead are viewed as illegal immigrants.  Healthcare, education and basic human rights are withheld from them and they are treated as pariahs.  Myanmar state won’t even acknowledge the insurgent group as members of the Rohingya community but instead refer to them as a terrorist organisation.

Myanmar lived under an oppressive military rule from 1962-2011, which led to impoverishment and a country that lived in fear and oppression with many ethnic conflicts and imprisonment of innocent people (you can read more at The BBC).  The military junta also imprisoned the oppositions leader, Aung San Suu Kyi, who became a symbol of democracy after her unlawful house arrest which totalled 15 years over a 21 year period.  However, 2016 saw the first democratically elected president, Htin Kyaw.  Kyaw was chosen by Suu Kyi to rule as proxy as Aung San Suu Kyi, whilst the rightful president, is forbidden to rule as president by the constitution.  However in recent weeks Suu Kyi has come under great criticism for not doing more to prevent and desist the miliarty violence that has been taking place since August.  Although The Guardian reported that one of her advisors anonymously told them that although it may appear she isn’t doing enough, she is in fact doing her best to help and she has been devastated by recent events. The advisor says that she must cautiously walk a fine line in these proceedings so as not to inflame the situation even further with the military.  Even though Myanmar technically lives under democratic rule the military still has a huge amount of power.  The Guardian is documenting the situation with Myanmar in detail and you can read about Aung San Suu Kyi’s proposed plans here.

Bangladesh and Myanmar have in recent days met to discuss and find a way to work together to see the repatriation of the Rohingya refugees.  They have agreed to increase border control to prevent more refugees fleeing and to create a working group to see that those who have already crossed into Bangladesh are safely returned home.  However the UN has said that if repatriation takes place then there is a likely chance that the refugees will be imprisoned or confined to camps upon their arrival.
Their homes and livelihoods have been completely destroyed so what safety and shelter is there in fact for them return to? 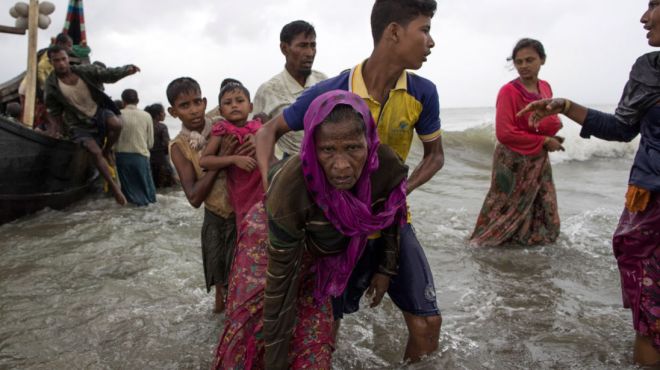 How can you help?  The Independent wrote an article in September about ways in which you can help to support the Myanmar crisis.  Many charities and NGOs are working day and night to provide food, water, shelter and healthcare such as Amnesty International, Tearfund, Médecins Sans Frontiers, International Rescue Committee, OXFAM, The Red Cross and many more.  All of their websites have lots of information about what they are doing and what still needs to be done.  Follow any of them on Twitter and Instagram as well to see regular updates of the situation.

Lets run this race together.