What Does The Bible Say About Human Rights?

What does the bible say about human rights?  When I set up this blog this question was one of the first things I googled.  I wanted to have some concrete biblical evidence to be inspired by and to back up any arguments I might make or views that I might have/form. However, three weeks later and the two web pages I had found and opened to read that day were still on my phone, unread. I got so caught up in blogging and researching current issues that I left that very important question unanswered.  Yet it’s just as important a question now as when I began because the epicentre of Let’s Run The Race is God and so what He has to say on this subject is far more important than anything I have to say on the subject!  Thankfully I don’t need those web pages that I opened up anymore because rather than asking the internet what God thinks of human rights I decided it was far wiser to go to the source and ask God what He thinks of human rights!   So I turned to prayer and to my bible. 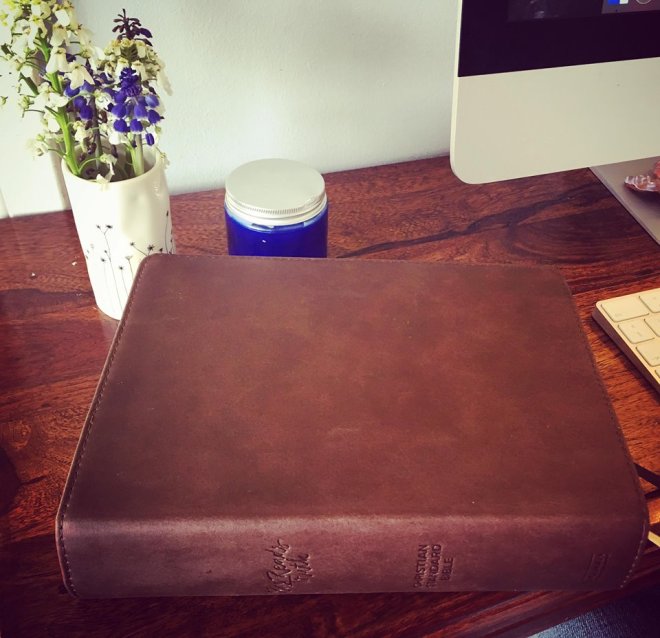 This year I have committed to reading my bible in a much more consistent and methodical manner than ever before and it has been the best decision I have made in a long time.  Starting in January at Genesis Chapter 1, I am now in 2 Samuel Chapter 7 and whilst I think a lot of people look at God in the Old Testament as a wrathful and angry God, when you get into the text you realise that actually He is a God filled with righteous anger it’s only because of how badly behaved everyone is!  You often hear people even referring to God at this time as “THE God of the Old Testament”, as if somehow He stopped being that God and became a different God in the New Testament, yet as Hebrews 13 v 8 tells us: “Jesus Christ is the same yesterday, today, and forever”.  Seeing as Jesus is God then this verse states clearly that God is also the same yesterday, today and forever and actually if you read the Old Testament you will see that there are two consistent themes that run throughout.  1, Man’s continual disobedience and turning away from God and 2, God’s forgiveness, love, mercy and JUSTICE.  God loves justice.  It is easy to focus on God’s justice with regards judgement day, when He will return and judge us for the lives we have led and the things we have done.  However, the bible shows us that God’s justice is just as focused on seeing justice done here on earth now, as it is for all of eternity.

Recently, reading through 2 Samuel, I have come to when King David dwells upon the fact that he has a palace to live in yet God is still dwelling in the ark of the covenant, inside a tent, being passed around from pillar to post everytime the Israelites move.  For those of you less familiar with the Old Testament, after God brought the Israelites out of Egypt He told Moses to build an ark made out of acacia wood to hold the stone tablets with His commandments written on them.  This ark sat in a most sacred tent called the Tabernacle and whenever the Israelites moved around the ark travelled with them.  As you can see from the verse below God’s presence actually dwelled in the ark:

“Will you build a house for me to live in?  From the time I brought the Israelites out of Egypt until now I have not lived in a house. I have been moving around all this time with a tent as my home”

I’ve never really thought about the fact that the 40 years in the desert were as uncomfortable for God as they were for the Israelites.  He literally felt and lived their nomadic lifestyle and He too wanted somewhere to settle and rest.  The reason I’m taking so much time to explain this is because I believe God travelling around with the Israelites in this manner reflects a huge part of God’s character.  In the same way that Jesus came to earth as a man and felt every human emotion and feeling, God also came down to dwell amongst His people (quite literally in their very midst as the tabernacle was always at the centre of the camp) and felt every human emotion and feeling as He moved around with the Israelites.  God’s words in the above verse show how very real God’s presence in the ark was and the outcome is that He cares for us in a much deeper way than we maybe even realise.

This is key to how God feels about our human rights because when you care for someone, as much as God cares for each and everyone of us, it means that you want the very best for that person, and that is exactly what God wants for us, thus bringing us back to God’s justice here on earth.  God’s love, borne out of His experience of our pain and emotions, means that when anyone is treated unjustly or unfairly, He wants that/those persons to be taken care of and in this respect the O.T is very clear and concise about human rights.  Very particularly God feels this for orphans, widows and refugees , the reason for this being that they were the weakest and most vulnerable and God has a heart for the most vulnerable:

“You shall not wrong a sojourner or oppress him, for you were sojourners in the land of Egypt. You shall not mistreat any widow or fatherless child. If you do mistreat them, and they cry out to me, I will surely hear their cry, and my wrath will burn”

This verse is one of many, many verses that speak of the need for justice for those who are weak and helpless or those who cannot speak up for themselves and the bible does not just focus on the orphans, widows and refugees, but for ANYONE who is unable to fight for their rights.  So God in the O.T, even though He had much righteous anger towards the Israelites and needed to be pretty tough on them, He never wavered from the clear line He drew out with regards how much He loves us and how much He values our human rights and the importance of upholding and protecting them.

One night, not long after I set up Lets Run The Race, I found myself in prayer asking God to bless this blog and make it “successful” in his eyes. Each day I check my blog visitor count to see how many people have visited that day.  I promised myself when I began this journey that I would not get caught up in how many followers I get or how many post likes I reach which is something that I have gone up and down with to be honest, as it is hard not to get drawn into what we deem “success” as opposed to what God deems success. With the best will in the world it’s hard not to be effected by these things.  Despite this however, I do feel that the visitor stats are important because they allow me to see if I am in fact managing to raise awareness or not and that for me is important because it’s why this all began.  Although I do regularly have to remind myself of what Mother Teresa said in order that I don’t lose sight of what I am trying to achieve here: 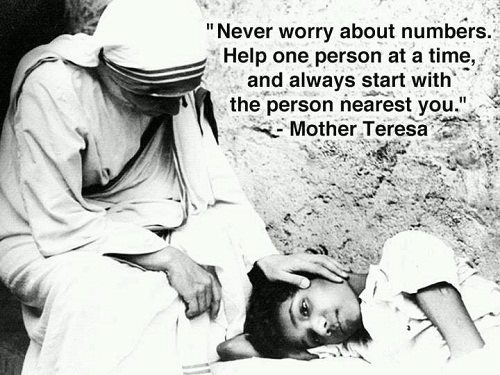 The reason why I take the visitor numbers into account is because if I am not reaching people then I need to think and pray about whether I need to try a different approach and ask God what His vision for this blog is.

The last couple of days these stats have been down and I began to stress, so I cried out, (not literally, quietly and in my head as my husband was already conked out on his pillow next to me), “please don’t let this be in vain!  Be at work here and show me what you need me to do”. I lay there patiently, waiting for an answer.  Maybe not expecting the actual voice of God (although HOW amazing would that be?!) but a sign or a picture, something that would confirm I’m doing the right thing, and if not, to point to a new direction.  A thought, merged with an image, did begin to appear in my mind, of Jesus with a crowd pressing around him and a question popped into my mind.  “Why did you come?”  So simple and yet so wide.  Whilst I know the one very fundamental answer to this question: “to save us all”, there are other answers too that we maybe think less about because we are so focused on this other, very important, answer.  The fact is that Jesus also came to teach, to love, to heal, to minister, to be relational, to challenge, to perform miracles, to show mercy and humility, and why did He do these things?  So that we can learn from Him, in order that we can try and go out into the world and share all these things with others, just as He did.  But there is another reason why He came and this is the answer that came to me as I lay in bed.  He came “to set the captives free”.

Jesus died that all may live and that all may live equal.  He showed that time and time again by hanging out with both the poor and the rich, both the sick and the healthy, both the learned and the unschooled, both men and women AND children.  He spent time with each and every kind of person and He did it whilst meeting their needs. The very essence of Jesus (His love, His compassion, His righteous anger and His tears) all show a deep passion for human rights.

So there we have it, what the bible thinks of human rights and I think it is a pretty clear message!  God in the Old Testament is very instructive about the way in which we care for one another and minister to each others needs, staying faithful to Him and His love of justice, especially for those who are weaker than ourselves.  Jesus came into the New Testament to deliver exactly the same message.  God is nothing if not consistent!